The release of the Kuranda Suburban Water Security Project has posed some interesting questions for our community about the difference between our FNQ Regional Plan 2009 – 2031 and Mareeba Shire Council Planning Scheme July 2016 planning instruments – and the pressing KUR-World mega-development.

Both planning instruments, involving expensive ratepayer / taxpayer documents on Kuranda Range Road and Myola Feasibility Studies, were developed by our government to guide our region.  For Kuranda, both documents are explicit that:

Further residential development in the Myola corridor is not supported within the life of the planning scheme.
Mareeba Shire Council Planning Scheme July 2016
Myola is not considered necessary for urban development in the life of this regional plan.
FNQ Regional Plan 2009 – 2031
The regional plan represents an agreed Queensland Government position on the future of FNQ. Any plans, policies and codes being prepared or amended by state agencies or local governments must reflect and align with the regional plan.

The Kuranda Region is unsuitable for urban development due to it’s sheer conservation values in World Heritage Wet Tropics Vital Wildlife Corridors.  While the region is in close proximity to the Cairns International Airport, and perhaps seems logical for urban expansion, the land itself falls on Vital Kuranda Envirolink and Fairyland Corridors, which form the delicate ‘forest bridge’ between the northern rainforests of Daintree to southern rainforests of Mission Beach.  Kuranda is in the “pinch point” – already a narrow high pressure wildlife corridor – with 22 endangered and 13 threatened federally listed species.

Most of the remaining land is ‘sleepy-low-impact’ historically-zoned rural titles.  Many Large Rural Title (LRT) landowners consider their land ‘conservation land’ as they let the native forests regrow and recover on their properties – to bring back species habitat and allow the rainforest to recover fully.

There are few LRT landowners who are ‘land investors’, ‘land speculators’ or ‘land developers’ – having purchased cheap rural land in the past believing that in time the Kuranda Region would open up to mass urbanisation and they would realise a profit by developing their cheap rural land. 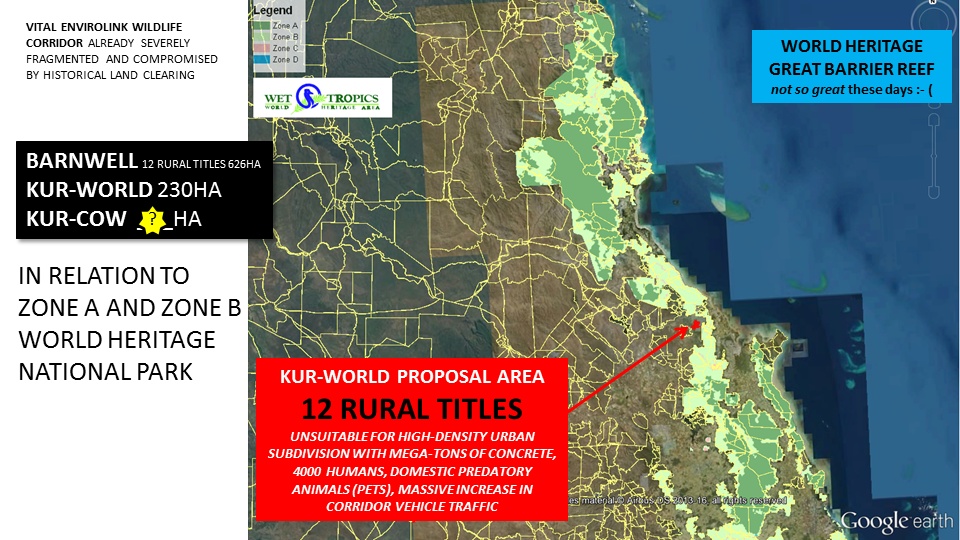 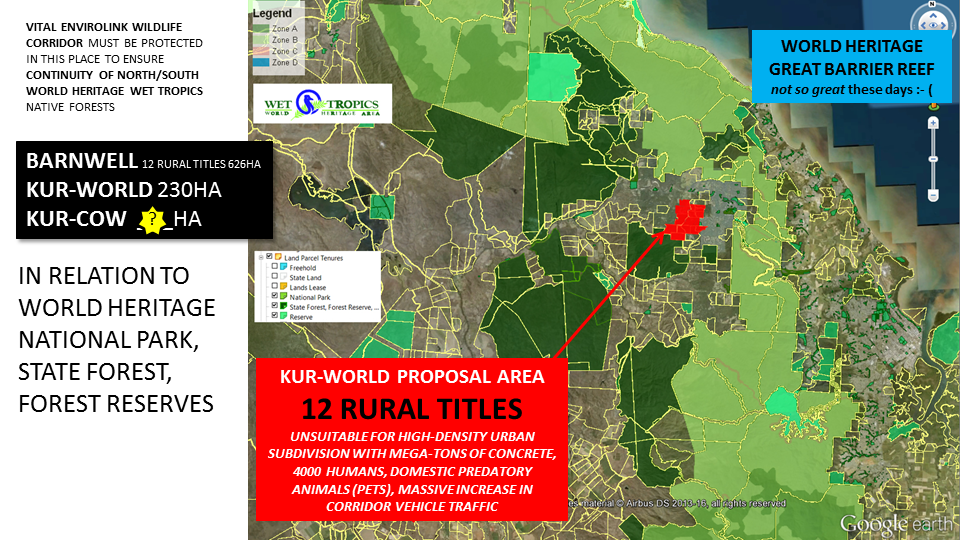 What population forecasts exist for our region? 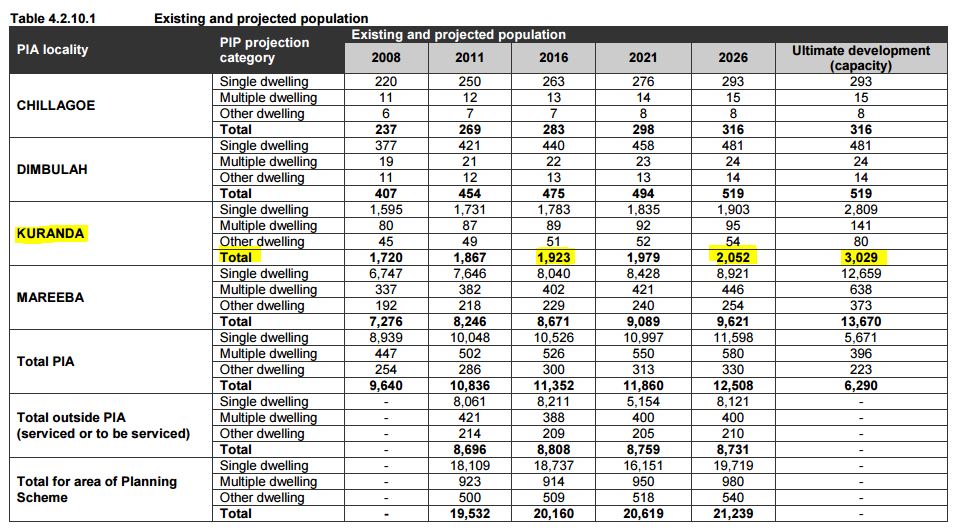 Development of the remaining Large Rural Titles (LRT) must be protected via plan zone mechanisms to prevent future subdivisions.

Our community – with the will of our governments – are tasked with protecting the remaining rare 3% of Queensland land that triggers high-risk ecological values.